WHAT IS THE ABUJA RODEO BOULEVARD? 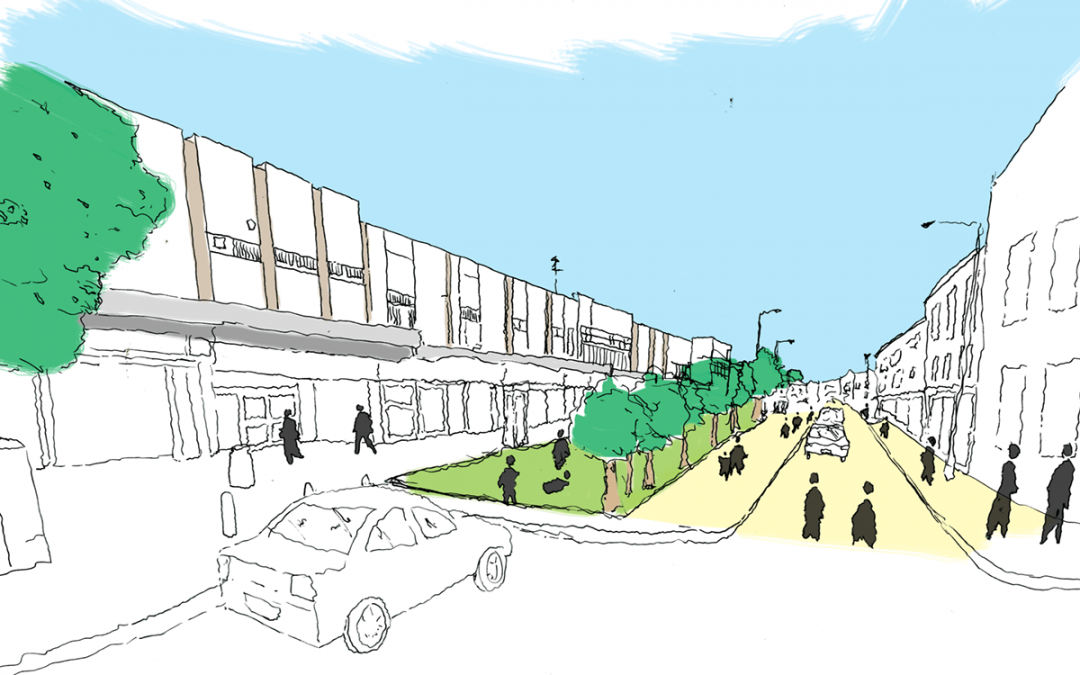 On the 19th of June, a number of the newspapers carried screaming headlines about a new project proposed for  Abuja.  This project is to be known as the Abuja Rodeo Boulevard.

According to the Minister of the Federal Capital Territory Dr. Aliyu Modibbo, the Abuja Boulevard is to be patterned after the popular Hollywood Rodeo Boulevard in California.

The Holly wood Rodeo Boulevard is a long stretch of commercial real estate, housing high class designer outlets and shops, offices, night clubs, restaurants and other activities that make Hollywood the “make believe” town that it is.

The Rodeo is where the stars the entertainers and the wannabe’s shop and hang out.  It is where you can see and be seen. The Boulevard evolved purely out of economic and commercial activities and is as old as Hollywood.

To facilitate the take off of the Abuja Boulevard, over 200 plots, developed and undeveloped would be revoked and their owners would be given (read “forced”) the option to upgrade their properties or accept alternative allocations elsewhere.

The Boulevard will stretch 6.5 kilometres from the Abuja City gate to the exit at the other end.  It would be 700 metres wide and like its namesake would accommodate shops, offices, restaurants etc.   In the final analysis it should serve as a huge tourist attraction.

Aside other considerations, the project would cost N50 billion, with N250 million Naira already earmarked for consultancy.

Provisions have already been made for allottees who will litigate against the revocation of their plots etc.   The Federal Capital Territory authorities in anticipation of this have made provisions for litigations as high up as the Appeal Court.

As laudable as this idea is, there are immediately a lot of questions that come to mind.

The first is, why does government always want to do things the difficult way. A project such as this should be undertaken in a manner, that it should ordinarily open up new towns and new neighbourhoods, with the ultimate effect of removing the concentration of activities from the centre.

The proposal here is to revoke allocations that have been existing, some as far back as 25 years.  Many are already fully developed.  As an alternative to retaining old allocations allottees would have to pay new plot the land costs that will rise from N2,000 per square metre to between N50,000 and N70,000 per square metre.   This is excluding a development levy which is yet to be determined.

In effect the government intends to get property owners on the proposed boulevard to invest huge sums of money to upgrade their properties.  The alternative is revocation.

Clearly the multitude of litigations that would arise out of this proposed action can only be better imagined.

Interestingly, the Honorable Minister informs us that they are not only aware of this but are also prepared to go as far as the Appeal Court.

Considering that legal cases in Nigeria take on the average 5 years to be resolved, it is a wonder how the Minister intends to get around this in moving his pet project forward.

What is the guarantee that he will win his cases despite the enormous power and influence of government?

Secondly, considering the project proposed and the number of plots to be revoked, one is immediately reminded that the Honourable Minister has spent the last 12 months criticizing and vilifying his predecessor over all the revocations and demolitions undertaken whilst in office.  Why does he (Modibbo) want to tread that path so soon?  This same Modibbo was recently on air and whilst answering journalists questions on why the Yar’dua government was being slow to action despite the huge challenges staring us all, had retorted that the government  needed time to clear up the mess left by their predecessors.  (He conveniently forgot to mention that it was a government he was part of ! !)

Does Modibbo want to commence the laying of foundations of his own “mess” which his successor will spend time clearing up when he leaves office?

From the various statements made in the last couple of weeks about the Abuja Boulevard, it seems, that as a nation going into our 48th year after Independence, we are yet to learn from our mistakes or  from the past.  The futility of copying or attempting to transplant wholesale, projects from other climes never works.  There are always too many variants, inputs and sociological and cultural differences, that are never taken into consideration and which in the final analysis sound the death knell for these projects.

If indeed we need a “boulevard”, why can’t we come up with ideas suited to our environment and people.  Why can’t we assemble some of the great,  but wasting minds that litter our country?  Why can’t we put them to task to originate indigenous ideas that would indeed promote / encourage tourism.  These projects would be easier and cheaper to execute.  An American tourist will not be attracted to a poor copy of the Rodeo Boulevard in Abuja when he can see the original in Hollywood.

Would Modibbo – no matter how aggressively they are marketed – go to Chicago to see a  “replica” of the Argungu Fishing Festival, or Vienna to see the New Yam or Masquerade festival?

Appraising the comments of the Honorable Minister a major ingredient for failure of the proposed project has been thrown into the mix even before it takes off.  Who will be involved in fashioning out, executing and bringing his vision to reality?

Staff of the FCT?  How will they understand and  internalize such a foreign concept? How does he convince them to take ownership?  Except of course, Modibbo intends to fly all concerned out to Hollywood.  That in itself is not impossible considering the way our officials at the State and Federal level junket the world in the wasteful search for information that can be got over the internet.

Another ingredient for failure which has also been thrown in, is that according to the Minister, the project has “no time frame”.  Its achievement is open ended.  The Honorable Minister has failed to indicate whether this open endedness also applies to the  project implementation budget.

It is difficult not to see a correlation between the two.  With such a loose time table, what are the Ministers’ check points for success, progress?  How does he determine that he is on the right path?

The Abuja Rodeo Boulevard can at best be described as a “theme development”.  Projects of this nature are highly susceptible to failure and are usually a gamble undertaken by governments and individuals with deep pockets.  Obvious examples are the “THE PALM”, and “THE WORLD” projects located in Dubai.  Despite all the great press and attention these projects have elicited, there are still major underlying doubts about their viability and sustainability – present and future.

A theme development such as the Abuja Rodeo Boulevard, is one we can ill afford now.  It is strange that with all our huge social and infrastructural deficiencies, electricity, poor transportation, security, this project seems to be a priority.

More emphasis should be laid on raising our infrastructural base.  If the government can guarantee even 10 hours supply of electricity daily to Nigerians, unemployment could reduce by over 40%.  Today many homes / offices are on the average probably receiving 1 hour of electricity in 36/48 hours.  It is that bad.

It must also be pointed out to the Honourable  Minister, the effect of his plans on land values in Abuja.  From Thursday the 19th of June when the announcement was made, property owners would have commenced the adjustment of their property values to not only reflect the new FCT Boulevard rate, but also to make stupendous margins on subsequent transactions.

Abuja remains a city where values are already outrageously high,  and which has had the effect of stifling development.  This new proposal will only help increase values and worsen the situation.  Emphasis should be laid on servicing the satellite towns with adequate infrastructure to encourage movement out of the centre and reduce the pressure, and possibly the high rental and capital values that currently obtain.

In the final analysis, it is good to see someone in government showing some enthusiasm for something – anything.  But one cannot help but feel a sense of foreboding, that this is just another wasteful project that will consume resources and which will be scrapped a few years down the road for un-workability or lack of commitment by subsequent administrations, to its success. It is hoped that the Federal Government and the Federal Capital Territory in particular will take a second look at this project and see it for what it is – an unnecessary venture.