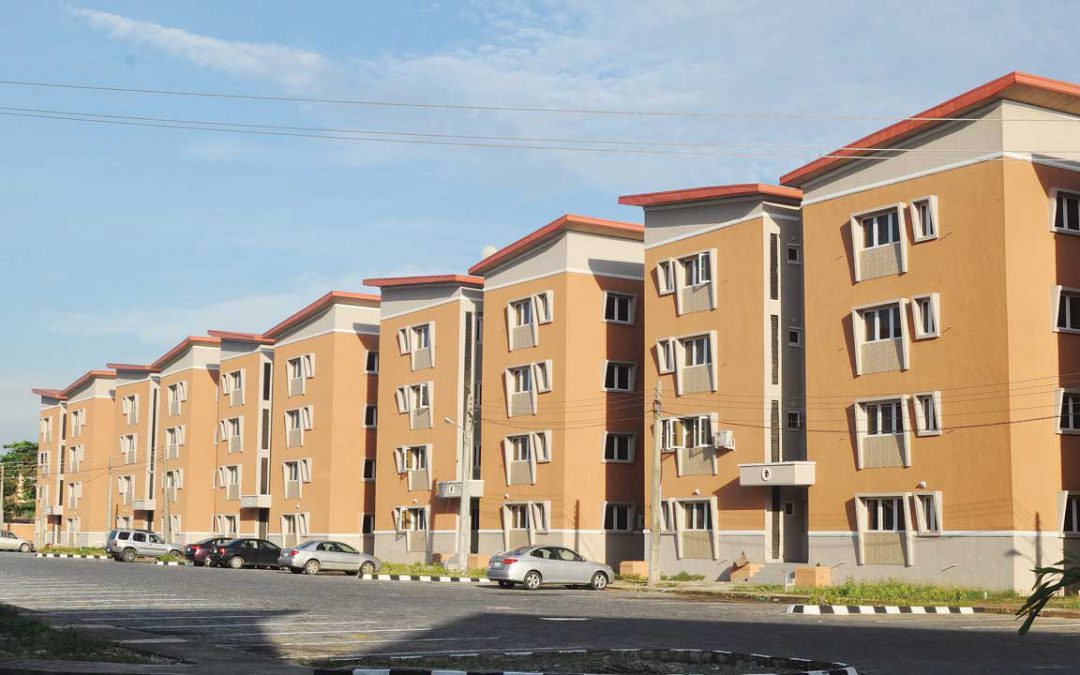 As Nigeria marks her 10th year of uninterrupted democratic rule it is important to examine how the various sectors of the polity have fared in the last decade.

One of the key areas is housing.  How has the housing sector fared in the last 10 years?  To effectively answer that question, it might be necessary to appraise the state of housing 10 years ago at the onset of democratic rule in 1999.

In fact, 1999 was just one year away from the magical year of 2000 in which the Babangida government had professed “Housing for all”. In retrospect it is clear that it was just a political slogan with very little work done towards the attainment of that objective.

As at 1999, the mortgage industry was comatose with little or no activity in that sector. Commercial interest rates were sometimes as high as 40% per annum with banks only interested in short term lending of 90/120 days usually for the purposes of trading.  At that time, talk of a mortgage facility for  a 10 year period was out of the question.

Ten years ago the Land Use Decree was still in force (it still is) with its attendant effect on land, landed property and land transactions.  Access to land was difficult, land values were high, infrastructural facilities fell short of what was required and the government was required for all transactions to consent to such.

Ten years on, what has changed?

The Land Use Decree is still very much in place and despite its glaring short comings an clauses that  inhabit property development and property related transactions. Only a few months ago The President set up a Land Reform Committee to advice government on the amendments to be made to the Decree.  However bearing in mind that the Land Use Decree remains a part of the Nigerian Constitution and the long winding process required to make amends to the Constitution, it remains a miracle to see how the recommendation of the Land Use Reform Committee will be implemented.

However, the first step has been taken in the right direction.

Another issue that impacted on the housing sector in the last 10 years was the sale of Federal Government properties to civil servants.  Opinions are as diverse as the number of properties sold (over 10,000) as to the desirability or otherwise of that policy decision.

Most civil servants acquired their properties at nominal values, and immediately put them back in the market for sale at open market capital values.  The projection at that time was that values would fall as a result of the flooding of the market with all these properties, but this was hardly the case.  The properties were quickly observed without an impact on values.  Indeed it was a pointer to the excess demand for housing, far and above available supply.

In Lagos State, a slightly different scenario played out.  The Lagos State Government insisted that the Federal Government had no right to sell its (Federal) properties in Lagos and that indeed if they were not needed anymore then Lagos State had a right to reclaim them all.

Failing this payment planning, approval would be denied the purchaser.

This state of affairs has had the resultant effect of slowing down redevelopment of a larger number of these properties especially on the Island where developers had mostly proposed luxury high rise flats.

Further effects include a loss of confidence by prospective purchasers for Federal Government properties particularly in the secondary and tertiary markets.  Even financial institutions are reluctant to touch them as a result of the imbroglio.  A certain degree of uncertainty still hovers over these properties.

In mid 2008, the President had instructed the then Minister of Housing Mrs. Tayo Alao, to ensure that a million homes (houses) were delivered to the masses of Nigeria by the end of his first term in 2011.

In practical terms and using June 1, 2008 as our start off date, the government would need to deliver 913 homes (houses) daily to achieve that target by the 29th of May, 2011.

So far, nothing on ground indicates that the set objective is being achieved or that efforts have been put into gear towards achieving them.  One hopes that it will not turn out to be another politically expedient statement.

In the final analysis, if  only 25% of that target is achieved, it would go a long way in alleviating the housing needs of Nigerians.

Ten years of our democracy, one cannot exactly say that the housing sector has been gained much.

Access to finance, though it has improved slightly with the recapitalization of the banking institutions in 2006, is still a far cry from what is needed to make a major impact for the housing sector both in the development and the mortgage areas.

Lack of infrastructure still remains a major disincentive to property developments, and the resultant effect is increased cost of housing delivery.

Non availability of statistics on housing remains a problem.  Till date, it is difficult to get the number of houses constructed annually in Nigeria, their types, flats, bungalows, detached houses etc.  Data about the average number of houses need in Nigeria annually range from 75,000 units – 250,000 units depending on who is involved. These statistics are still needed to help plan and project housing needs not only for the present but also the future.

Experience has shown that the various housing developments that have come on line are always targeted towards the upper end of the market with price tags ranging from N25,000,000.00 (Twenty-five million Naira) and upwards.

Little cognisance  is taken of the low end of the market where almost 70% – 80% of the population fall into and where property sale prices in the range of N5,000,000.00 (Five million Naira) and below would be most welcome.

The question may then be asked if it is possible in the present circumstances to build and sell at a profit developments at less than  N5,000,000.00.

The truth is that in the past 10 years construction costs and materials have remained high in Nigeria and it goes without saying that a lot more must be done by the relevant professionals and bodies especially Nigeria Building and Road Research Institute (NBRRI) to research into cheaper and more cost effective means of housing delivery with particular  focus on our environment.

Our technical schools need to play a better role in the training of artisans for the construction industry.  In the last 10 years a disturbing trend has emerged.  Artisans from the neighbouring countries Ghana, Benin Republic and Togo, have been found to be better than the Nigerian workers, and will be found in most sites across the country plying their trade.

By and large in the last 10 years progress has been made, but a lot more could have been done and needs to be done.

Adequate housing remains one of the basic needs of men, and the aspiration of every Nigerian.  It is also one of the 7 point agenda of Mr. President.

The facts on ground indicate that it is still out of reach of the average Nigerian.  Our hope is that as we commence the next decade of democracy, housing will be given its rightful place in the order of priorities – at the top, or at least close to the top.