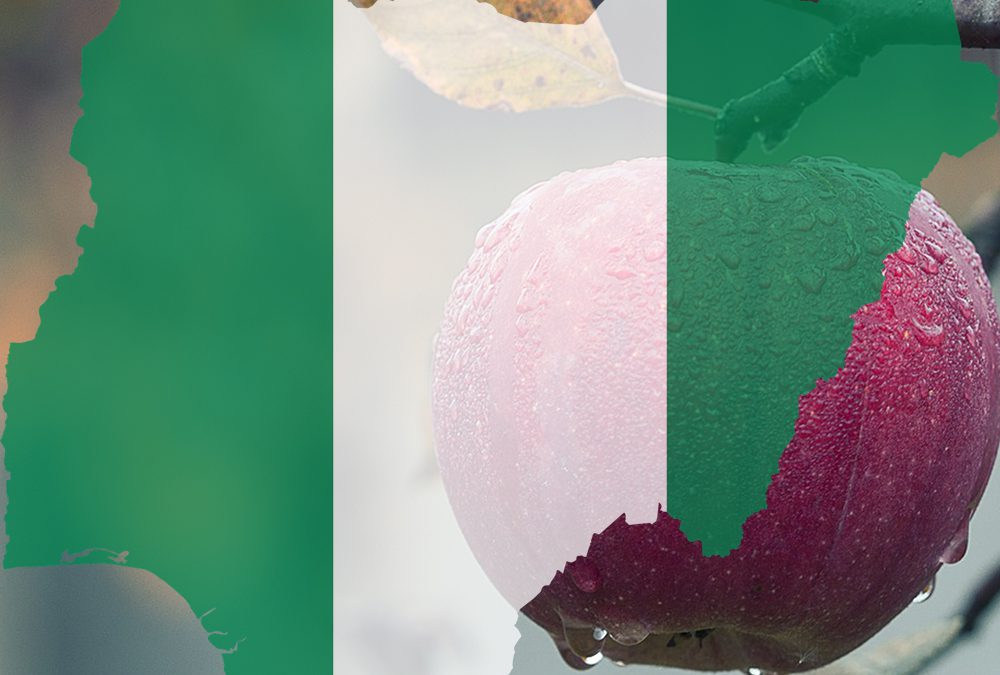 [vc_row][vc_column][vc_column_text]Nigeria, is sited in West Africa, South of the Sahara Desert.  It is located just above the equator bordering the Gulf of Guinea. The country’s importance to the West African sub-region cannot be over emphasized as it accounts for 45% of the regions GDP.

The country runs a democracy styled after the American system, with a President, Vice President, Senate, House of Representatives State Assemblies, Governors of States etc.

Indeed Nigeria is in the throes of another election having just concluded the Presidential and Federal Seats election a few days ago.

The Nigerian economy is driven primarily by the presence of crude oil which is our main export and this accounts for nearly 90% of the country’s foreign exchange earnings – $40bn in 2005. Efforts are being made to diversify the economy by the present government.

The population is put at over 170 million people.

As a result of the dynamic oil driven and deregulated economy, the huge population and what these numbers represent in terms of market for goods and services, virtually all the major commercial organizations are present or represented in Nigeria in one way or the other.  – Shell, Mobil, Chevron, Total, Samsung, Peugeot, LG, Hyundai, Halliburton, Hilton, Sheraton.

Infact the telecommunications  petroleum and related  industries account for about 50% of the number expatriates coming into Nigeria.

With the foregoing,, it goes without saying that Nigeria is a major investment destination currently with real estate investments being one of the shops.  The huge population of over 170 million must be housed.

And  therein lies the question.  What is the state of the real estate sector.

Nigeria from most statistics available, has a housing deficit of between 15 – 17 million units with less than an estimated 3-5 % satisfaction of this demand annually.

With a population growth of 2% annually or approximately 10,000 persons daily, it is not difficult to see where the demand comes from and why for possibly the next quarter of a century at its current pace, real estate demand will remain strong, very strong in Nigeria.

But despite this high demand, there are a lot of challenges plaguing the industry.

One of the major challenges is the issue of financing.  There is still no real mortgage in Nigeria.  There are mortgage banks (as at 2014 _______ were in operation) and commercial banks purporting to have the capacity to provide mortgages.  However what is termed a mortgage is actually a commercial loan with interest rates in the upper double digits with clauses sometimes limiting repayment  to less than 5 years. This may not all be the fault of the banks as there are structural deficiencies in the system that inhabit full mortgage.

The government being aware of this problem prompted in 2013, the Nigeria Mortgage Refinancing Company (NMRC) to develop the primary and secondary mortgage markets by raising long term funds from domestic capital and foreign markets.

Real estate worldwide is long term and must be funded with matching long term funds at low interest rates.  In Nigeria, lending rates range from 18% – 30% with loan tenor of 12 – 24 months.  With that kind of set up it is difficult to profitably use such funds for development of properties.

Another main challenge is that of titling. As a result of the Land Use Act of 1978 which vested ownership of all lands. In the hands of the government, it became increasingly difficult to get title to land and landed assets.

Many State Governments rather than facilitate title ownership of real estate to make it attractive with its attendant positive  impact on economic and social activities have turned the issuance of Certificate of Occupancy to a money making venture with numerous bureaucratic bottlenecks engineered at raking in as much revenue as possible for them.  This has discouraged real estate owners from seeking title preferring to hold only equitable or traditional interests in their real estate.

This in itself has  given rise to the fact that a lot of transaction are concluded without adequate documentation creating avenues for  harassment from the traditional land owners – omo-onile, which seriously   discourages serious investment in real estate because of the uncertainties.

Due to the fact that all land belongs to the Government access to good quality land is restricted and is therefore very expensive.  Nigeria has some of the highest land values in the world.  High land values means high cost of delivery of developments.

Poor infrastructural provisions and services are another challenge which real estate is faced with in Nigeria.

In undertaking major developments one has to provide, one’s own roads, water, electricity, drainage, refuse disposal and collection,  security etc – basically as is commonly said in Nigeria – be your own local government.  The resultant effect is that all these costs are loaded onto the developments often times making it very expensive a impossible for any profitable sale.

The quality of real estate being thrown into the market is not controlled.  Though most States have planning and control units, these units serve more as a means to generate revenue than to ensure that real estate developments meet set standards in terms of design, construction, finishing and even aesthetics.

In spite of the foregoing challenges which the Nigeria environment poses for real estate development, it is still very apt to say that there are numerous opportunities in the industry.

As mentioned earlier statistically there is a housing deficit of at least 15 – 17 million housing units in Nigeria today.  Of this figure we could assume that 20% of this deficit is effective demand with the balance between partial and non-effective demand.  Even with a count of 3 – 3.5 million units it represents a lot of opportunities for real estate players.

It must be pointed out that this deficit is only the residential sector of the market.  In this sector the largest opportunities and demand can be seen in the medium and low income sector housing developments.

Though statistics are not readily available as to the exact or approximate quantum of deficit in this Sector, it is estimated that of the 17 million units, 14 million units would be for the low and middle income with 85% of that 14 million deficit directed at the low income sector.

In this sector ideally prices for 2/3 bedroom flats and bungalow should be below N6,000,000.00 (Six million Naira) only.  Considering the high cost of construction and materials as well as provision of services and infrastructure this remains a tough nut to crack.

The Governments at State and Federal levels must absorb a large percentage of the infrastructural and services costs to make housing affordable.  Research has shown that these costs account for between 40% to 60% of development costs and home prices.

There is a sector that is gradually blossoming in Nigeria, and this is the shopping mall.  Less than 10 years ago the Nigerian concept of shopping mail was a single building with an assembly of retailers.  Today we have malls that are commensurate to some in North America and Europe.  It is a new concept and it is taking root.

The potentials in Nigeria are simply enormous as the following statistics will show.

Lagos has  a population of 18 million people with only ____________malls.  About 5 are currently at various stages construction.

The truth is that with our per capital income, propensity to consume and shopping habits compared to a number of other countries there is still a major under supply of the malls and they remain a major real estate investment opportunity.

Office space, purpose built office space with modern facilities are few and far between.  To this end rents for new buildings range from $600 – $1000 per square metre per annum with rents payable 2 – 3 years in advance.  Nigeria remains one of the few countries in the world where rent prepayment is made years in advance.  Uganda and Indonesia are the others.

There is such a paucity of purpose built office space that in the major cities residential districts and residences are converted to commercial use for financial institutions and other businesses.

This in itself makes a nonsense of planning regulations and zoning, increases pressure on facilities (which were originally  meant for residences but now serving offices) and causes major traffic build up in these neighbourhoods.

There is a major gap in this area that needs to be filled.

Finally warehousing is another area where investors can reap bountifully.  Current rentals in some of the major industrial estates in Lagos for example range as high as N1800 per square foot per annum.  In fact the nearer to the sea ports, the higher the rental  rates.  It is a sector that offers immense opportunities for investors.

Despite its huge challenges, it is usually surprising how minimal an effort yields huge results.  The issue is not to be discouraged by the plethora of challenges.

They can be overcome with the use of the right and knowledgeable professionals.  It is difficult to go wrong in the Nigerian real estate market using the right professionals.

To the investor still uncertain the writer says go for it – the market is open for business.[/vc_column_text][/vc_column][/vc_row]