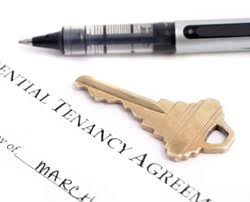 On the 4th of September 2017, the media was awash with news of the 6th meeting of the National Council on Lands Housing and Urban Development where it was agreed that the Council would enact a law that would enforce monthly rental payments across the country.  The Council is a gathering of senior officials from the Federal and State levels of government as well as stakeholders in the built industry.

As expected the statement of the outcome of the meeting by the Honourable Minister of Power, Works and Housing Mr. Babatunde Fashola, has generated a lot of debate as to its workability or otherwise.

Nigeria is possibly one of the few countries in the world where rents are prepaid by as much as two, three and sometimes even as high as five years in advance.  Angola, Uganda are  two others to mention.

The world over monthly payment of rents is the standard. In extreme scenarios, it may be extended to quarterly prepayments.  The tradition is usually the payment of the first  month’s rent and that of the last month of the lease  which serves as a deposit against damages etc.

But the interesting question may be, how did we (Nigeria) get to this stage.

Immediately after the civil war and the discovery of oil, the Nigerian economy experienced a major boom.

There was an influx of investors and they needed to be accommodated.  Demand for real estate – commercial, residential and industrial spiked.  Suddenly Landlords found that there was something akin to a bidding war for their properties and as this heightened it was not long before one of the measures was to ask for or offer several years prepayment of the asking rent in a bid to secure the subject property.

Multinationals, oil companies etc sometimes paid up to 10 years rent in advance and it was not unusual for Landlords to collect those rents and immediately proceed to develop 2 / 3 more properties thereafter and enjoy the benefit of several years prepayment of rent.

The desirability of having tenants pay rents monthly cannot be overstated.

As the Minister of Power, Works and Housing observed, no one earns their salary(ies) several years in advance and indeed, it should worry many Landlords (as to the source of the funds and its sustainability) when prospective tenants come up with the rent prepayments that are in multiples of their annual income.

Another reason for the desirability of instituting a monthly rent payment policy is that social scientists have linked the pressure to meet these rental obligations to the high level of corruption in the society.

The high level of delinquent tenants who cannot meet a full year or two years prepayment at the expiration of their term is also a reason why the monthly prepayments should be visited.  In some of these cases, the tenants despite having the  capacity to meet monthly or several months  obligations in advance, many Landlords still desirous of yearly prepayments will basically commence the process of eviction.

However, despite its desirability and the good intentions of the Minister and the Council, the question must be asked as to the feasibility and workability of the proposed law.

Rents and payments of rents are a function of demand and supply of housing and its availability in any economy.

It is also one of the most rapidly urbanizing countries in the Africa. Over 48% of the Nigerian population live in the urban areas.

Currently available estimates put total annual housing production in Nigeria at a little under 100,000 units barely scratching the surface of the housing needs for a country of 180 million people who need at least 700,000 units of housing every year to commence bridging the deficit.

According to a World Bank report, bridging this deficit will gulp at least N59.50 trillion.

On the supply side, there are equally a lot of issues that make development and investment in housing a challenge.

With the Land Use Act of 1977, and its vesting and administration of all land in the States in the State Governors, access to land has been extremely tedious and expensive.  This applies also to getting legal title to those lands even after acquisition from the government or other sources.  Fees and other transfer costs (consent to the transaction) can be as high as 10% – 12% of the purchase price.

In obtaining planning approval to develop, one has to deal with a plethora of government agencies, each extracting its own pound of financial flesh in the name of charges, fees and levies.  It does not end there, when construction commences, a different set of agencies are in and out of the site as well as sometimes, the ubiquitous omo-onile (land grabbers).  In fact it is often said that were it not for the status (cultural) symbol   attached to owning a house in Nigeria many investors would not come near the housing sector.

Apart from the challenges created by the government agencies etc, Nigeria does not have a dynamic mortgage industry in operation despite all the best efforts of successive governments. Neither is the interest rate regime (ranging from 20% – 32%) friendly enough to support real estate development which has a long gestation period.

The implication of the foregoing is that real estate transactions are mostly cash based – 100% funded by savings or other private sources.

But even now real estate practitioners are seeing changes in rent payments at the upper end, and this is a fall out primarily  of the economic recession and downturn.  The rents of many dollar denominated luxury properties are being re-dominated in Naira and rents prepayments are predominantly down to one year despite leases being granted for 2 / 3 years.

Many of the A and B Class commercial office buildings currently available for lease are open to accepting quarterly payments in rents depending on the caliber of tenant.

Around the shopping malls that dot the country rent prepayments range from monthly to quarterly.

Indeed, what the government is proposing may already have commenced albeit as a result of economic conditions and may well trickle down with time to other classes of properties in the various cities around Nigeria.

Despite the good intentions of government, it is doubtful that monthly prepayment of rents can be legislated or forced.  As mentioned earlier, it is purely housing economics in play and rather than tackle its effects, it is best to focus on the root cause.

In trying to enforce the law, government may end up creating more problems – enthroning a black market, disinvestment in housing and a subsequent reduction in our annually produced housing stock etc. The lessons of the Lagos State Rent Control and Recovery of Premises Edict of 2007 are still fresh.

The Government has already commenced with many policies that will see to the success of this new law. One of these is the rent – to – own plan for civil servants numbering over 100, 000.

Much more still needs to be done.

Land remains a major factor of production for housing.  Access to and acquisition of land must be eased and made cheaper in Nigeria. The first step is amending the Land Use Act to reflect the demands of the Nation at this crucial time.

The attitude of many governments that see land and land related transactions as a goldmine and an opportunity for revenue generation can only serve to drive up the final cost of investment in and production of housing. This cost will always be passed to the end users by way of rent or capital value.

Provision of infrastructure and services which remains a major function of government has almost been left to the private sector developers. These all end up driving the cost of housing northwards.

The opening up and development of our rural areas is key to driving down rents.  The urban rural migration is unlikely to stop. Lagos has a daily net inflow of migrants of approximately 800 people, Abuja – 400.  This has to be reversed.  Failing this, the pressure on available housing stock in the urban areas will continue to increase and so will rents etc.

Fixing the Nigerian economy which remains a work in progress will play a greater role in controlling rents and prepayments.  A dynamic economy will increase prosperity and will spur more investment in housing.

A dynamic economy will increase savings and reduce the cost of money, making it easier to borrow at lower interest and for longer periods of time.

Research into faster and cheaper production of houses with local materials will go a long way in increasing the nation’s housing stock.  Kudos must be given to the Honourable Minister in this regard as a lot of work has been done towards this end in a couple of years we will begin to enjoy the benefits of same.

One major area that requires attention is the production of low and medium income house.  This is a sector that has long been almost completely abandoned as the private developers and many governments who get involved in housing development focus on the high end properties for quick rewards.  It is strangely the area that has the highest demand for housing.  Incentives by way of tax reliefs, serviced and infrastructured land should be made available to developers who wish to engage in low cost housing.

The law governing landlord and tenant relationship needs to be reviewed to reflect current realities.  One of the reasons why prepayment of rents has taken root over the years is the difficulty in collecting rents, fraudulent tenants and the long road to justice for an aggrieved tenant or landlord.

What recourse does a landlord have when a fraudulent tenant pays him 2 months’ rent, thereafter makes no further payment and seeks a lame excuse to then drag the landlord through a  5 year  litigation only to disappear from the premises a few weeks to judgment.

Finally to make the monthly prepayment of rent acceptable it is suggested that a public enlightenment campaign be embarked on by the government.   This campaign should run for years and it will surely ease acceptability of the policy for both Landlords and tenants and many other related stakeholders in the built industry.

Thank you for reading and we would appreciate a feedback from you.