THE DESPATCH RIDERS & THE REST OF US 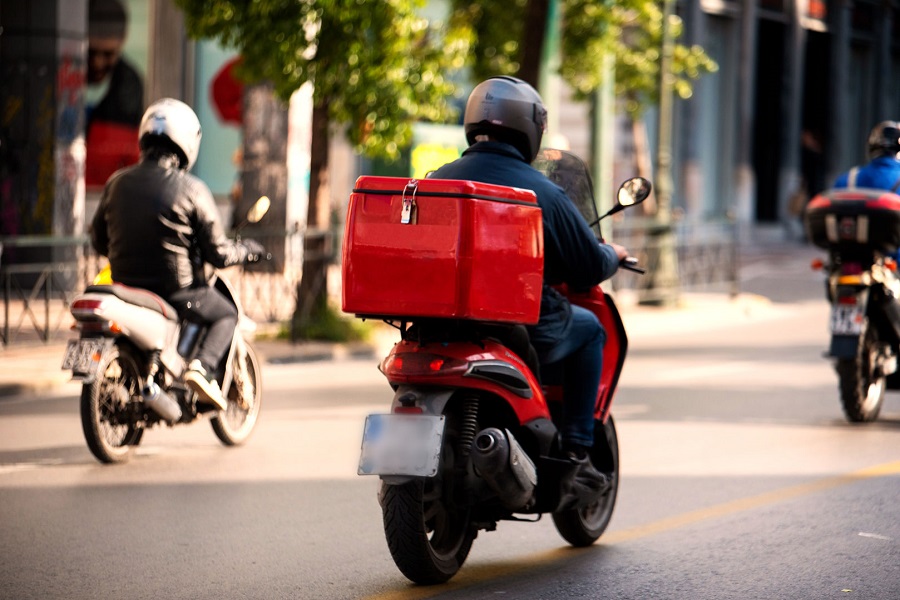 One of the things that distracts me as I seat in humdrum Lagos traffic 4 – 7 hours daily is the motorcycles that weave in & out of the traffic. They are not bikes (okada) ferrying passengers. Instead they are ferrying goods from one end of town to another. One organization to another. One person to another. Their company names written on their carriers are as varied as the bikes and carriers at the back of each motorcycle. Simply put, they have become an indispensable & intrinsic part of the economic value chain of Lagos.

In the past, more than a handful of companies have always had in house despatch riders. This was because mail delivery by many of the courier companies became more and more unreliable especially with timely delivery & the handling of sometimes sensitive material.

But of recent the upsurge in these delivery men & their despatch bikes came as a result of the ban on passenger bikes (okada) in the city particularly with the expensive launch of Gokada the bike hailing app which for reasons best known to the Government of the day banned it only after approval was given.

Story has it that the late founder of the Gokada app Fahim Saleh in a state of fluster at the amount of time, effort & resources that had been expended, advised that the bikes be converted to delivery/logistics bikes. Almost immediately a new economy was born.

Today these bikes are in their thousands operating all over Lagos & Nigeria easing goods and service delivery. However if you have used any of these services you will appreciate that there is still a lot to be done in terms of getting the service to a state where customer & quality service delivery are key.

Currently many of the riders simply work for themselves so the backing of an organizational structure, no matter how limited is missing. One uses them at ones risk but primarily on referral & many times just basic trust.

You will see their bikes heaped high with items varying from ordinary letters & parcels to computer systems, televisions, refrigerators, car parts & in one instance a goat ! !

In my dealings with the riders my experience has been varied.

These are some of my experiences. But all in all I am happy & relieved that at least their services are available and accessible. One can only imagine what business losses many would have suffered with the continually snarled Lagos traffic which only seems to be getting worse by the day with no solution in sight.

I am of the belief that the current logistics/despatch industry is at its pedestrian level & it’s an area of business that is there for “the taking” for those willing and willing to invest in same.
So much improvement & creativity that still needs to be added to differentiate serious riders from the pack. How about uniformed & clean riders?
How about timely delivery? No excuses. What of well spoken, courteous delivery men who will apologize for any shortcomings. Are any of these riders, bikes & items to be delivered currently covered by insurance?

On a personal level, I have always asked delivery men why they believe they must call me to pilot them to my address despite the fact that they have been given a proper address. Sometimes these guys call you 5 – 8 times in a space of 15 mins not minding the fact that you may not be in a position to take calls ! A simple call once they arrive the location of the addressee is more than enough to confirm they are at the correct address. The riders need a lot of training in human relations as innocuous as it may seem for their business.

Many of these riders have no clue how to use the GPS function on their phones (if at all they have them). So locating an address is many times by trial & error.

In my opinion there are still so many areas for improvement but truth is that they have started well. Creativity & competition will bring out the best & throw up front runners.

We the consumers will in the end be the ultimate beneficiaries.